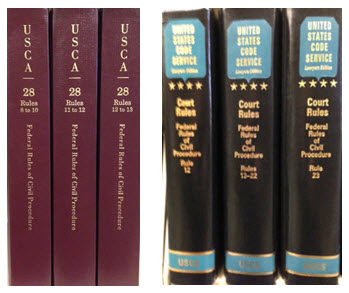 Both annotated versions of the United States Code, the U.S.C.A. (West) and the U.S.C.S. (LexisNexis), include print volumes of the annotated Federal Rules of Civil and Criminal Procedure, Evidence and Appellate Procedure.

The United States Courts website provides links to federal rules and forms in effect, as well as a Federal Court Finder to locate federal local rules for district courts and courts of appeal. 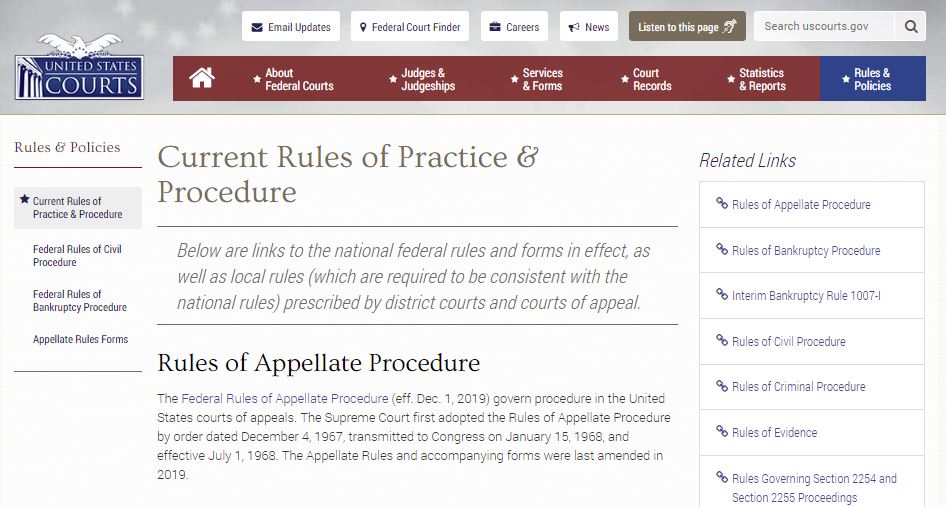 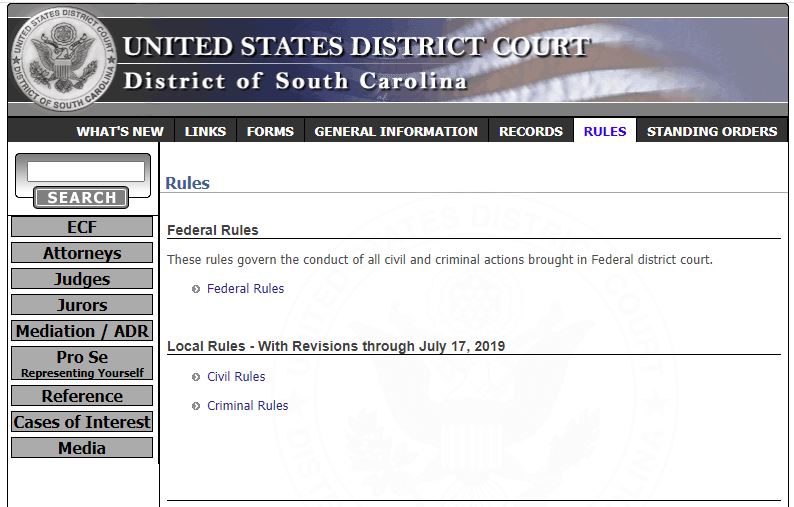 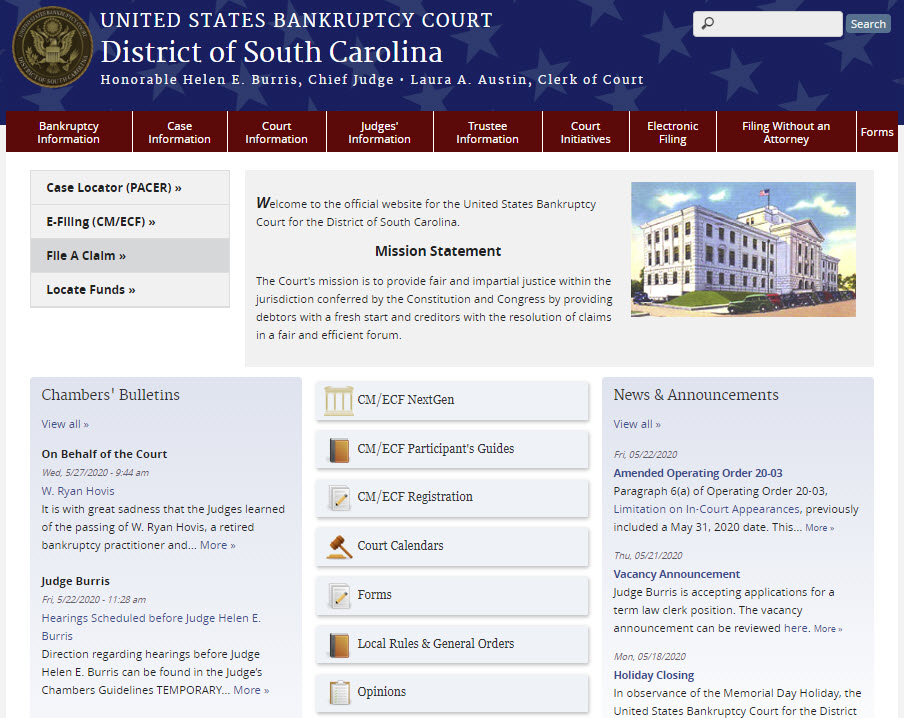 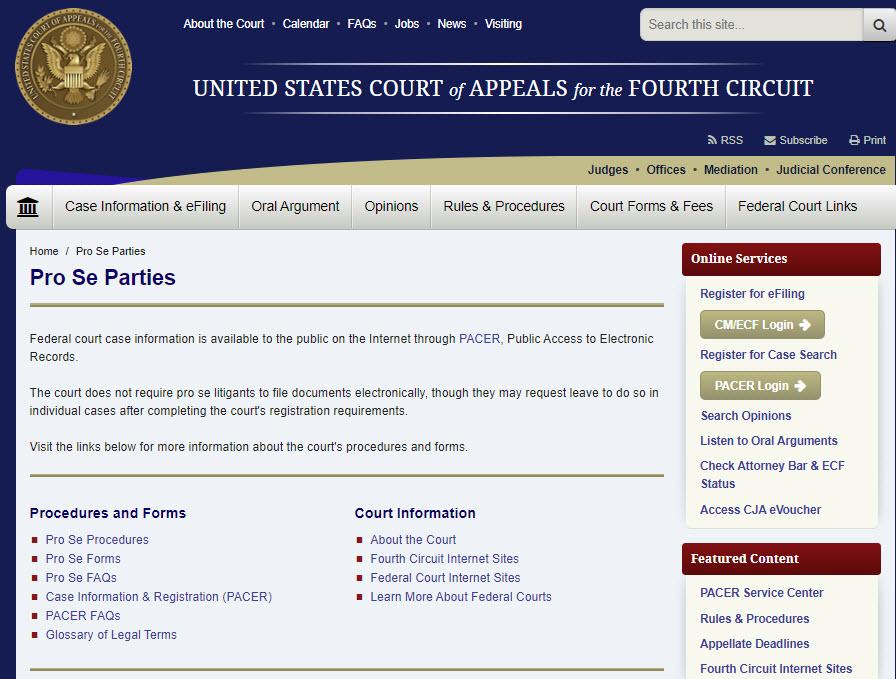 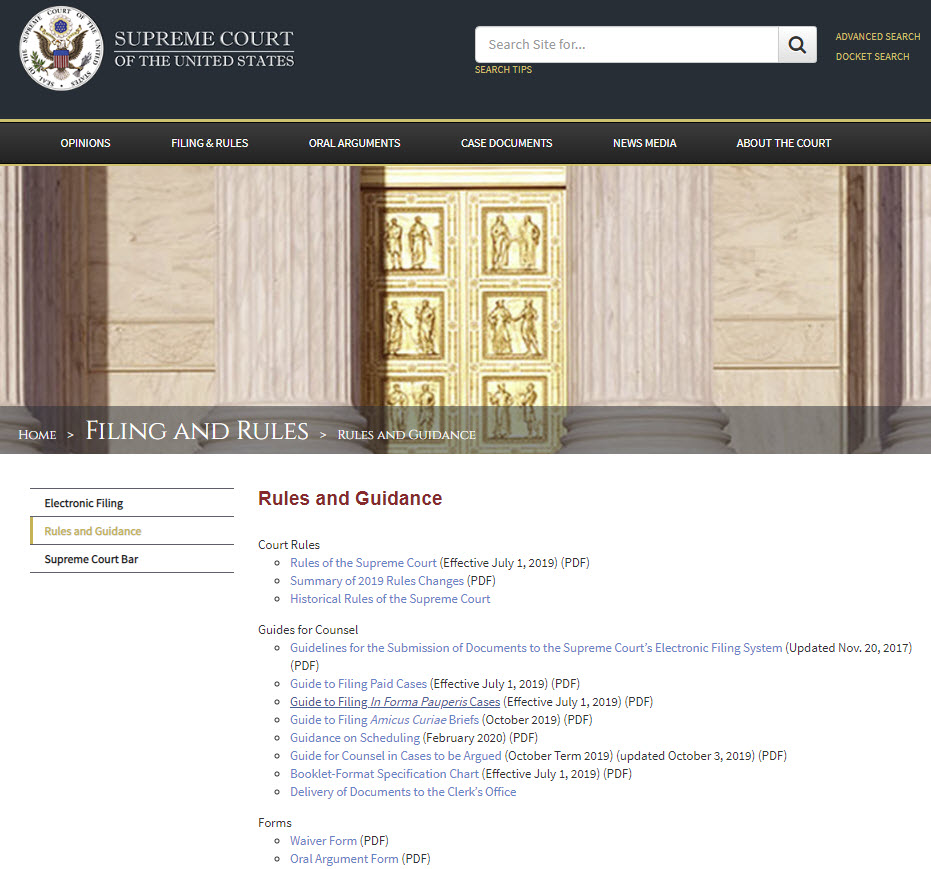 Citing a federal court rule requires the abbreviated name of the rule and the rule number. A date is not required, as long as you are citing to the current rule. Below are examples of cites to the federal rules of civil procedure, criminal procedure, evidence, and appellate procedure. The blue bullets in the citations represent spaces.